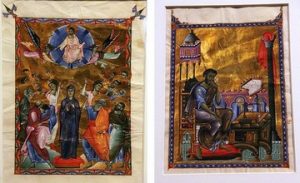 In November 2011, two 13th-century miniatures were solemnly transferred to the Armenian Apostolic Church. Those miniatures haven’t been merely pieces of art as they have been seemingly created by Toros Roslin (1210 – 1270), a prominent Armenian manuscript illuminator, whose art represents the peak of the medieval art of illuminated manuscript.

Roslin lived in the Armenian Kingdom of Cilicia, a kingdom that existed in 1080 – 1375 on the shore of the Mediterranean Sea. He worked at the scriptorium of the fortress of Hromkla.

There are seven manuscripts – six sets of the four Gospels of the New Testaments and one formulary – that have been undoubtedly created by Roslin as they are signed by him. Two of the six sets of the Gospels are now kept in Matenadaran in Yerevan, Armenia, while the rest is in the possession of the Armenian Patriarchate of Jerusalem.

There are additional five collections of Gospels attributed to Roslin. They aren’t signed, but their penmanship allows scholars to conclude that it had been exactly Roslin who created them.

Books have been magnificent, unique works of art in those years. There haven’t been two similar exemplars as each of the books has not only been individually rewritten but illustrated as well. The final results, of course, depended on the skill of the rewriter and the artist. Besides, the results were also influenced by the amount of money a customer was ready to invest into the book.

Queen Keran, the wife of Cilician King Leo II (sometimes referred to as Leo III, reigned 1270 – 1289) certainly was a wealthy woman.  The queen ordered a Gospel that would be rewritten and illustrated in 1272 by an “individual of experience and skill in the writing craft.” This individual apparently was Toros Roslin.

In the early 20th century, two miniatures from the Gospel of Keran were cut out and sold, eventually ending up in the collection of a Dutch collector Michel Van Rijn. Van Rijn would even publish their description in 1980. In 1987, a Greek millionaire Thanassis Martinos, the owner of the company “Eastern Mediterranean Maritime”, acquired the whole collection of Michel Van Rijn, including the two miniatures.

In May 2011, the librarian-archiver of Martinos Maria Mersinia contacted Saint Nerses Vache Nersisyan, a renowned scholar of medieval studies and at the time the curator of the Christian Middle East department at the British Library. Mersinia asked Nerses to evaluate the two miniatures from Martinos’ collection.

Nerses determined that those miniatures originated from the Gospel of Queen Keran. He informed Mersinia about this and added that the restoration of the miniatures can “bring the manuscript to its former grandeur.” Nerses was asked to present proofs of the manuscripts’ origins, which he would send to Mersinia. Martinos would shortly decide to return the manuscripts to Jerusalem for them to be placed into the Gospel.

The ceremony of the miniatures’ transfer was held in the Armenian Surb Yeghishe Church in London. The ceremony was commenced with a church service carried out by Nerses himself. 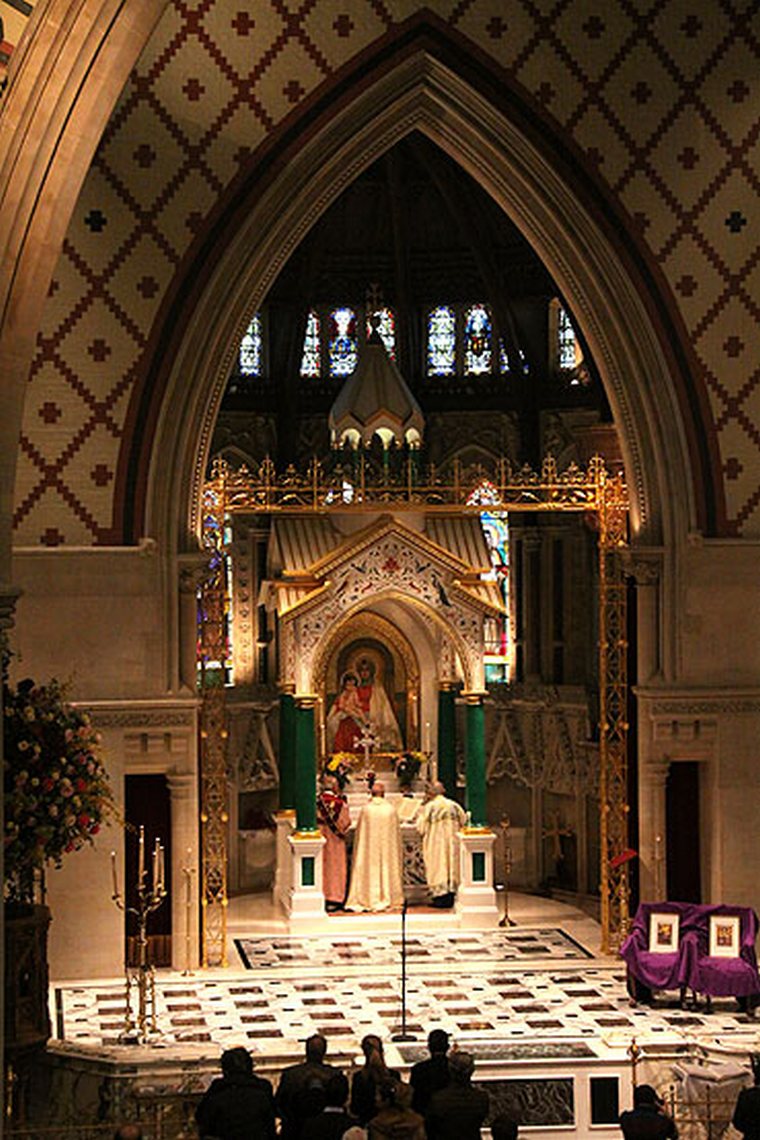 The two manuscripts standing on chairs covered with a purple cover caught the eye of everyone present. 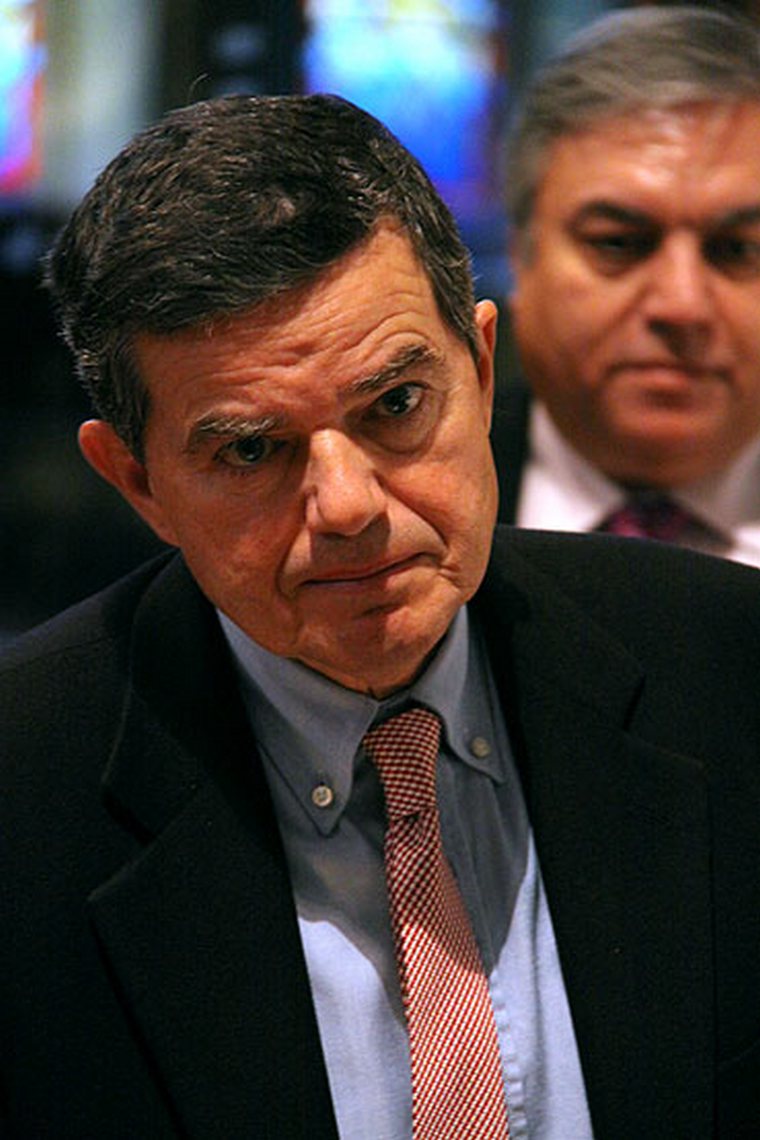 Here is Thanassis Martinos himself, whose generosity cannot be overestimated. “I won’t tell you how much money Martinos had spent to acquire those miniatures. Now, he presents them to the Armenian Church so they can return to their place in the Gospel of Queen Keran,” said Nerses after the ceremony.

Martinos was touched by the ceremony, as everyone else was. But it was of most importance to Nerses himself as he recovered the nearly 7-century old Gospel, which’s integrity was violated one century ago.