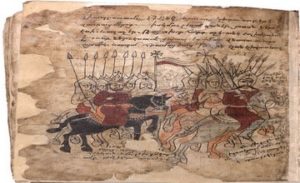 In this 16th-century miniature are portrayed Sparapet (commander) Mushegh Mamikonyan, King Pap, and the soldiers of the Armenian cavalry detachment. This miniature illustrates the great victory of the Armenians over the Persian army of Shapur II in the Battle of Dzirav in 371 AD.

Thanks to this victory, Pap returned the marginal territories that had been lost during the reign of King Arshak.

King Pap then proceeded to resolve the problems with the Armenian Church. His predecessors quarreled with the church, sometimes even killing Catholicoi of All Armenians, its patriarchs. But they have never had claims on the Armenian Church’s property. King Pap was the first to do it.

He stopped paying taxes to the clergy and took away most of the land that belonged to the churches since the times of King Trdat. These steps, of course, caused outrage among the clergy. Historians of the 5th century even declared King Pap crazy and spread rumors that he had poisoned Catholicos Nerses. But according to the descriptions of historian Pavstos Byuzand, the Catholicos could have had a disease.

Roman historian Ammianus Marcellinus described King Pap quite differently, mentioning him as an intelligent and courageous king. In fact, in the 4th century, among the Armenian kings, Pap was the more free-thinking and bright ruler. He made efforts towards the reunification of the country and the resolution of its internal problems.

The Sparapet was a hereditary military rank in the Armenian army. Having appeared in the 2nd century BC, it was the hereditary title of the Mamikonian dynasty.

As the commanders of all military forces of the country, the Mamikonians enjoyed particular prestige and had great political weight in Armenia. Since the second half of the 8th century, the rank became hereditary in the Bagratuni dynasty. 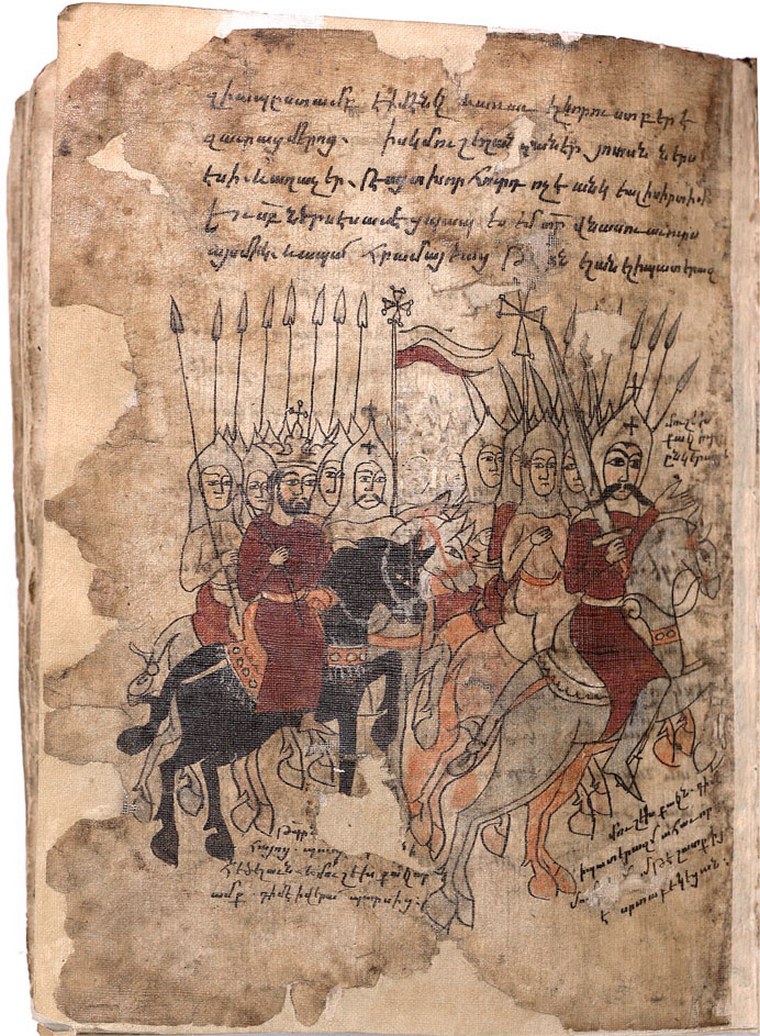