The Great Armenia in 5-1 Millennia BC 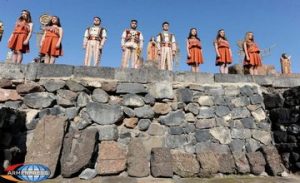 Before ID-I1 mill. BC in the World there were no wars, because the main power had the Great Armenia and other Armenian old Kingdoms and Armenians were not aggressive, never wanted to occupy the territories of other people or countries.

They went to many other lands with the single noble mission to propagate the humanity and kindness, to teach knowledge other people, to help them to federate their own first states.

But when other peoples (nations) learned knowledge, they began to make weapons and many of them began to kill one another, to start wars, to occupy other territories.

The era of total nobility on the Earth finished, and there came the era of avidity: ambitions to be rich, powerful, to domineer over others became usual relations. Unfortunately this new era lasts until now.

Attacks on Armenia took place also, and in result Armenia very suffered from all sides. But the civil wars in Armenia never took place.

The first war in the World took place in the middle of III millennium BC, when army of giants from Babylon led by commander Bel came to occupy Armenia.

Here I want to show the opinion of other authors about Armenians. German researcher Magda Neiman wrote: ”It is known to everybody who knows history of Armenia, that it was the single country in the World, where castes, slaves, villeins never existed from the very beginning of political being of Armenia until now:

Armennians never have the concept about some contemptible class” (p. 88). “All foreigners, who were captivated during war or came to Armenia by one’s free will received, on territory of Armenia the full freedom and equal rights with Armenians” [90, p. 89].

“Armenian State consisted of four estates: nobility (lord’s genuses), priests, townsmen and villagers. They were just in natural relations with each other and kept mutual and common interest” (p. 89).

”The woman in Armenia was not a subject of special cult, but she had a very honorary place at home. There were never hetaeras in Armenia. Along of hallowed tradition of monogamy the wife of Armenian always was devoted friend of husband and authoritative hostess of family hearth” (p. 89).

Russian historian S. Glinka in his book “Review of Armenian nation history”, 1833, S.Petersburg, wrote: “Armenians never war for the war. They war for Fatherland which was present in their hearts and described on their old shields, or they war for independence which was treasured higher than their own life”.

The main problems of State were decided together with public meetings [89]. This was demonstrated once more during last event in 1990-es, when all Armenian nation stood to protect the independence of Artsakh (Nagorni Karabakh), 192 the Armenian own old territory with Armenian population, which in Soviet time, in 1920 es was (with Nakhichevan territory) coercively devolved to Azerbaijan (turks) without Armenia assent. 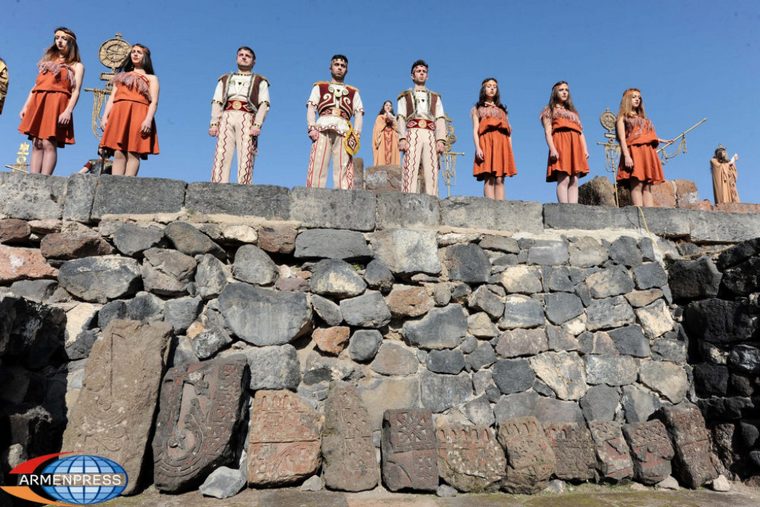 Tags: The Great Armenia in 5-1 Millennia BC