The Great Armenia in X-V Millennia BC

In the period of X-V millennia BC the Great Armenia still was the single state (with other Armenian kingdoms) in the World and Armenians were the single civilized nation, having high culture, knowledge and Alphabet.

The Great Armenia existed on territories between Black and Caspian seas on the both sides of river Cour (Kura), around mountains Ararat and Aragats, lakes Sevan, Van and Urmia, on the all Armenian Highland and Mesopotamia (Edessian Kingdom)”.

Along with the Great Armenia there existed other Armenian kingdoms in Kilikia, Phoenicia, Asia Minor, and Mesopotamia”, The English historian A. Gilbert wrote that much before Pyramids building and much before the travelling of Jewish forefather Abraham from Haldean Ur (Armenian Ar will be more correct, P.H.) to Khevron (Chevron), one nation of Indo-European birth already existed, who was the ancestor of Persians and Europeans and who had the kings dynasties [33].

It seems to me A. Gilbert knew but did not say the truth that it was
Armenian nation. German historian M. Rimshneider wrote that all Greek culture was taken from Kilikians, Phoenicians, Hittites and Chaldeans, which were Urartians or inhabitants of Araratian kingdom [61].

Other nations, states and civilizations began to form in Sumer, Egypt, Babylon, Iran, etc. with help of Armenians in III millennium BC and later. Armenians were never aggressive, had no chauvinistic or imperialistic ambitions.

Being the first in the World civilized nation, they were noble, clever and kind. Their Great Mission was to civilize all tribes around and beyond. They came to other lands to help local tribes to form states, as it was in Egypt, Sumer, Babylon, Ethiopia, India, Middle Asia, etc. But Armenians heroically defended their fatherland, often by less forces than enemy had. 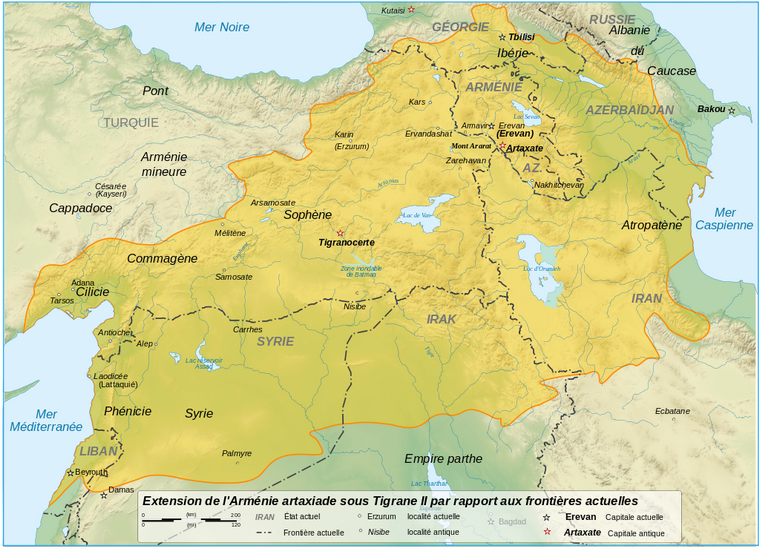 Tags: The Great Armenia in X-V Millennia BC