The Story of Hannibal, Who Found Shelter in Armenia (Documentary) 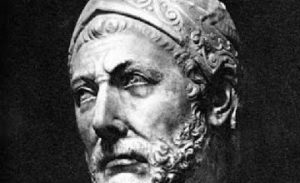 The great commander Hannibal Barca is particularly known for leading the Carthaginian army with combat elephants against Rome in the Second Punic War. Hannibal Barca was born in Carthage (present-day Tunisia) around 247 BC. He was the son of a Carthaginian general Hamilcar Barca (“Barca” means “lightning”).

After the defeat of Carthage in the struggle against Rome in the First Punic War in 241 BC, Hamilcar devoted himself to improving the state of Carthage. At an early age, he took Hannibal to Spain and made him swear eternal hostility towards the Roman Empire.

At the age of 26, Hannibal was appointed the commander of the army. He immediately went to consolidate the Carthaginian control over Iberia. He married Imilse, the Iberian princess, and conquered and united numerous Iberian tribes. He also built the seaport of Qart Hadasht (“New City”, now Cartagena).

In 219 BC, Hannibal attacked the city of Saguntum (Sagunto, Spain), raising the wrath of Rome and beginning the Second Punic War.

During the conflict, Hannibal conquered southern Europe and successively advanced on the Roman army through the Alps, but never seized the Rome city.

Rome counterattacked, forcing Hannibal to return to Carthage, where he met his final defeat. He then worked as a statesman for some time before he was expelled.

During the reign of Artashes I of Armenia, Hannibal of Carthage took refuge in Armenia. He helped and encouraged Artashes I with his wisdom and advice in building the Artashat city on the banks of the Araks River. Artashat became the capital of Armenia in 189 BC.

Hannibal then fled to Bithynia and sought refuge with Prusias I. He even went on to serve Prusias in his warfare against Rome’s ally, King Eumenes II of Pergamon. His troops repeatedly defeated Eumenes’ units. Eventually, Romans interfered and threatened Prusias into giving up Hannibal.

Hannibal died between 183 and 181 BC. The precise date and cause of his death are unknown. Pausanias wrote that Hannibal’s death occurred after he wounded his finger by his drawn sword when mounting his horse, resulting in a fever and then his death.

Juvenal states that Hannibal died at Libyssa after taking poison, which he had long carried with him in a ring. Other historians give either 183, 182, or 181 BC as his death year.

Tags: The Story of Hannibal, Who Found Shelter in Armenia