Armenia Through the Eyes of Roffi Petrossian 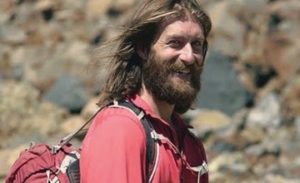 He loved Armenia, and Armenia loved him. Born in the American city of Seattle, Roffi once came to Armenia at the call of the Motherland and decided not to return back. For 4 months, he has on foot walked around Armenia, opening the country for himself and for TV viewers within the framework of the program “Armenia through the eyes of Roffi” or “The Way” on the Public TV Company of Armenia.

In his interview, Roffi Petrossian told about his childhood, life in Yerevan, and plans for the future.

“My father is an Iranian Armenian, my mother is an American. After my parents got married, my mother began to learn Armenian. Dad brought his parents, sister, and her husband to the USA. We lived together under the same roof until dad and uncle found a good job,” Roffi said.

During his school years, Roffi, communicating with his peers in English, gradually began to forget Armenian. So after moving to Armenia, he had to learn his native language from scratch. He is already fluent in Armenian and reads. For himself, he decided that he must learn to speak and write in Armenian without any mistakes.

According to Roffi, the biggest obstacle in his path was precisely the lessons of the Armenian language, especially grammar and phonetics. However, he does not intend to give up and hopes that he will overcome all difficulties and master the language at a proper level.

Answering a question on when he realized that he was an Armenian, Roffi said: “I always felt like an Armenian. But once I wondered: what does it mean to be Armenian? My father has never been in Armenia, but he told me the story of this country, and I knew only what I was told. When meeting new people, I told them about the origin of my name, about Armenia. But once, I realized that I myself have to see it all, understand it, feel it. That’s why I came to Armenia.”

Roffi wants his future children to preserve the Armenian identity, but he understands that this will not be possible if he himself does not speak the Armenian language and does not know the national traditions.

According to Roffi, the flow of life in Armenia is calmer for him. it is interesting for him to live here since he is a botanist by profession.

“In the US, I was engaged in landscape design. In Armenia, I am an artist – I record, I do advertising. Work takes up most of my life. Although I earned more in the US, this is not the main thing for me. I want to live an interesting life, that’s why I stayed in Armenia,” he pointed out.

Roffie has not been in the US for 4 years. He has not seen his mother for a long time. He jokes that his mother threatens to fly to Armenia despite her phobia of flights.

Four years ago, Roffi came to Armenia as a volunteer and shortly met the direction of Bars Media. Together, they are now shooting the program “The Way” on the channel of the Public TV Company of Armenia. As Roffi says, he wanted people to see Armenia through his eyes, wanted to tell about ordinary people, show one day of their lives.

According to Roffi, over the 4 years of his life in Armenia, his attitude to many issues has changed, he began to better understand the difficulties that local residents face, as well as understand relationships in large families. He admitted that he likes the Armenian model of the family more than the American one where people live with their own worries and earn for themselves.

Roffi believes that in the Armenian family, where everyone cares about everyone, where the roles of men and women are distributed more clearly and evenly, life becomes much simpler.

Roffi also told that since childhood, he has been engaged in various sports – karate, football, went hiking – and also was fond of climbing. According to him, in Armenia, when he wants to organize a football game, he takes the ball, goes to any unfamiliar courtyard, and starts scoring goals at the wall of some building. Soon, the children run out to play.

Referring to the popular program on RA Public TV “Armenia through the eyes of Roffi” or “The Way”, he said that during the filming, he often had a feeling of fear, especially when rock climbing without safety equipment. According to him, at that moment, he understood that it was very dangerous, but he also felt the need to reach places where no one had ever been before to tell the world about the beauties of the country.

When asked in which corner of Armenia he would like to build his house, Roffi answered that he was very fond of the nature of Lori and Tavush Provinces. He loved Tavush as a botanist since it houses many kinds of fruits and various plants. But his heart was conquered by Lori.

“Lori is like my city. The landscape here is very rich. You could see everything here – fields, mountains, rivers, gorges, and forests,” he said. 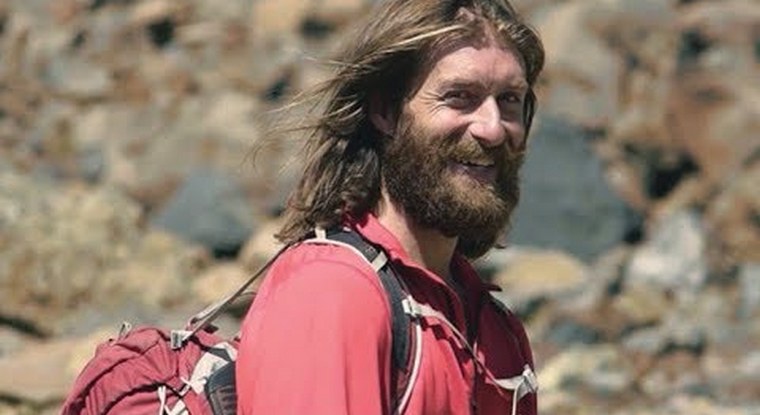 Tags: Armenia Through the Eyes of Roffi Petrossian