Nemesis – The Death of Enver Pasha 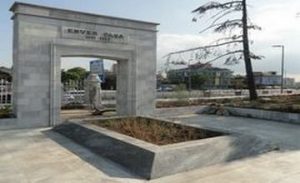 In 1919 – 1921, a former Minister of War of the Ottoman Empire Enver Pasha would engage in political activities in Germany and in Soviet Russia. It should be noted that in the Turkish Courts-Martial of 1919 – 1920, Enver Pasha was tried in absentia and sentenced to death for the forced deportation of Armenians, plunging the country into war, and leaving the country without permission.

Enver Pasha for the first time contacted the Bolsheviks in 1919. In 1920, Djemal Pasha, one of those responsible for the Armenian Genocide, and Enver visited Moscow, after which Enver moved to the Azerbaijani SSR to participate in the Congress of the Peoples of the East on September 1 – 8. He thereafter returned to Germany, while Djemal departed to Afghanistan on the Bolsheviks’ assignment.

After Talaat Pasha (who also was sentenced to death for the same crimes as Enver) had been killed in Berlin by Soghomon Tehlirian, Enver fled Germany to find refuge in Moscow.

Enver and Djemal would establish close relations with Bolshevik leaders, including Lenin, with whom Enver discussed the creation of a Russo-Turkish military alliance against Great Britain. Their further cooperation implied the invasion the First Republic of Armenia and the inclusion of historical Armenian lands into Turkey.

In spite of strained relations between Enver and Kemal Ataturk who criticized the political views of Enver and even forbid him to enter Turkey, they both worked for the benefit of Turkey.

This is what Enver wrote, answering the accusations of official Ankara that Enver had been negotiating with the Bolsheviks on behalf of Turkey with no authority to do so:

“I have never negotiated with the Russians officially. Together with Halil Pasha [former military commander, uncle of Enver], we pressurize Karakhan [Deputy People’s Commissar for Foreign Affairs] and Chicherin [People’s Commissar for Foreign Affairs] to join Kars, Ardahan, Oldu, and even Surmalu to Turkey. What I have done hasn’t been done by the order of Ankara: instead, I acted on my behalf.”

In another letter, Enver told Kemal that he had received a large amount of gold, 15 thousand rifles, and other armaments from the Bolsheviks. Enver also added that at the Congress of the Peoples of East in Baku, he had become convinced that if the Turkish government doesn’t act fast, the Armenians would become stronger and crush Turkey. Enver concluded that at the moment, the Soviet government would have no objections.

Few people know that in November 1921, Enver on the assignment of Lenin arrived in Central Asia to suppress the Basmachi movement and establish Soviet regime on the territories of the Muslim peoples of the region. However, Enver would secretly cooperate with the local Muslims and even lead them in their conflict against the Soviets in order to realize his pan-Turkic ideas.

Having achieved a certain degree of success during his cooperation with the Muslims, Enver didn’t live long after his defection. He was killed on August 4, 1922, in a surprise attack by a Red Army cavalry brigade near the village of Dushanbe. ss

There are different versions regarding his death. According to one, he was killed by the commander of the cavalry brigade Hakob Melkumyan. According to another version, Enver was killed during a failed attempt to escape towards the border of Afghanistan. Ivan Savko, a machine-gunner in Melkumyan’s brigade, opened fire at Enver and wounded him. After defeating Enver’s group, Melkumyan approached Enver to find him dead. This is how the life of a torturer of the Armenian people ended.

The government of Tajikistan gave back the remains of Enver to Turkish president Süleyman Demirel on July 30, 1996. On August 4, on the day of Enver’s death, a mourning ceremony was held, after which the remains of Enver would be buried next to the grave of Talaat Pasha.

Read Also: Moscow Mourned the Death of Djemal Pasha in 1922 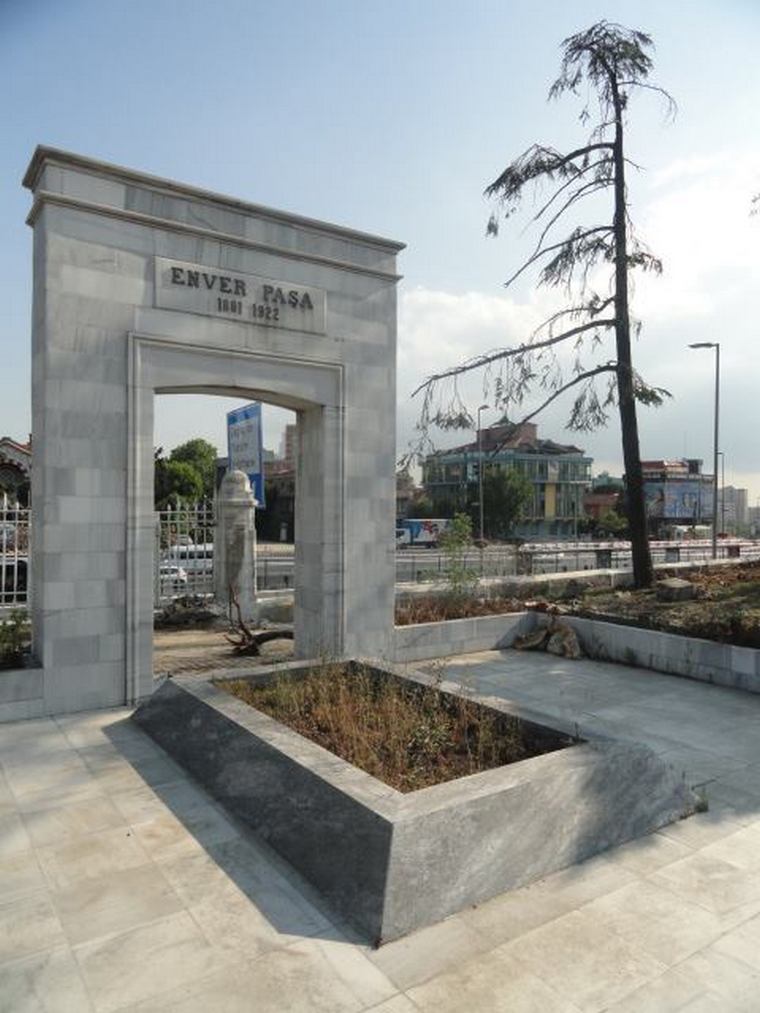