Photo of the Forcible Deportation of Armenians from Trebizond – April 1916 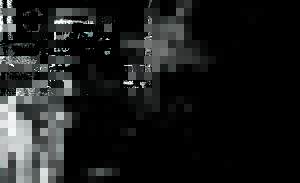 The photo depicts a raid of Turkish police accompanied by searches and robberies in the Armenian quarter of Trebizond. The entire Armenian population would be forced out of the city under escort – men in one group, and women and children in another.

In the photo can be seen some details – gendarmes walking on the left and right sides of the caravan, hitting their victims. On the sidewalk, a Turkish officer detained an Armenian who was trying to escape.

The photo was originally published in the French newspaper L’Illustration’s number from July 29, 1916. The deportation of the Armenian population of Trebizond began on July 1, 1915, with the deportation order made public four days prior. The route of the deportation was predetermined – from Gümüşhane to Mosul.

Some of the deportees, mostly women and children, were drowned in the Black Sea, and some slaughtered throughout the “journey”. As a result of the actions of the Turkish authorities, of the 14,000 Armenians who lived in Trabzon and the surrounding Armenian villages, only 100 people remained in a week. Only those survived who were sold into slavery to Kurds and Arabs.

The last remnants of the Armenians of Trebizond left the city in 1919-20 during the repression of the Kemalists against the Greeks. When Russian troops entered Trabzon in April 1916, there were 15,000 people in the city, exclusively Greeks. The city’s Armenians, as you already know, had been slaughtered for the most part.

Tags: Photo of the Forcible Deportation of Armenians