Secret Installation of a Monument to Zoravar Andranik in Ujan – 1967 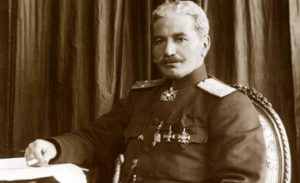 We all helped, adults and children. We erected it at night, in secret. We set up watchmen so that no one could not come and prevent it. Even 3-4 years old children in our village knew that they were not allowed, that it was forbidden. Everyone realized that this was an anti-Soviet action.

Then, they arrived to destroy the monument, but the villagers would not allow them. The police came several times to demolish it, but the residents with shovels and pitchforks went against them. For nearly ten years, the monument was always guarded at night. Then, they calmed down, got used to it.”

Tags: Secret Installation of a Monument to Zoravar