The Brief Chronology of the Armenian Genocide: Never Again 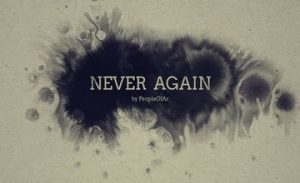 The below-presented short film briefly introduces the chronology of the 1915 Armenian Genocide. The memory of the past can be a guarantee to its non-repetition.

In 1915, the Ottoman government commenced their plan on the massacres and deportations of Armenians and other Christian peoples living in the territory of the Ottoman Empire.

The majority of the ethnic cleansings went on until 1918, but the mass killings of Armenians carried on until 1923. As a result, about 1.5 million of the 2 million Armenians living in Turkey were killed. Many Armenians were deported from the Empire as well.

Today, historians consider this act a Genocide, but the Turkish government refuses to acknowledge the fact of the deliberate ethnic cleansings of Armenians at the beginning of the 20th century.

The Armenian Journey – A Story Of An Armenian Genocide

Tags: The Brief Chronology of the Armenian Genocide