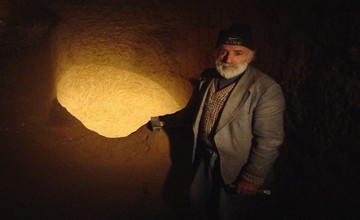 A resident of the village Arinj built an underground temple under his own house, height of which reaches one of 7-storey buildings.

“Amazing! Terrific! Incredible! ” – in different languages foreign tourists exclaim. “How could we not know about this before?” Armenians and their compatriots express their amazement.

Every time the same words of astonishment come from the delighted visitors of that home in the village of Arinj, located just north of Yerevan, the capital city of Armenia.

Tosya Gharibyan is the widow of simple villager Levon Arakelyan, who, without exaggeration, made one of the most interesting sights of Armenia alone. It all began in 1985, when Tosya once asked her husband to dig a cellar for storage. Levon said:

“I began digging the ground at the bottom of the basement, intended for household items. After approximately 80 cm (31,5 inches), I wasn’t able to go past the stone layer and decided to turn right. Again, I got stuck, so I decided to go down in the stone and make steps. After 10-12 steps I changed my mind and decided to dig a whole wine cellar.

I was 44 years old then, and I thought I would spend my time with friends in that stone wine cellar after I retire.

Beginning with that day, I started to cut through the stone thickness and did not notice how it began to draw me into itself. I forgot about both the cellar and about the wine,” Levon said.

Soon in his dream Levon saw himself building an underground temple with seven halls, a sacred altar, and even a coveted bar. The unbending faith and will of the master forced him to submerge step by step into the stone mass under his house for 23 years.

“Every day my strength was rising. I was not tired at all, although I slept for only 3-4 hours. In the dark and cold years, in the days of power outages, I worked by the light of a candle. And at midnight, when there was electricity, an inexplicable force pushed me out of bed and forced me to work.

I was in love with stone, it attracted me. In the dream, I saw every next step of my work with the project and precise calculations. Through the walls I saw all passages, the points of intersection, and did not deviate from them.”

Specialists are also frequent guests in this unusual house which is no different from other buildings in its appearance. Proofs of this are the numerous publications in multilingual journals carefully preserved by Tosya and her daughters in the museum of master Levon, established by them. Studies of specialists confirmed the accuracy of the calculations of the master.

Levon called his work the place of his dreams, which was shown to him in his sleep. Later, measurements showed that there was a strong positive electromagnetic field around the house.

Working in the dungeon, where at any time of the year the temperature was around 10 oC (50 oF), Levon never complained about his health. He died about 6 years ago of a heart attack.

“Father worked part-time at the construction site, but at home he always paid attention to the digging of the cave,” says Araksia, one of the daughters of Levon and Tosya. “I remember how mom had been angry with him, but then she eventually resigned herself. And throughout our childhood we all heard knocking of hammers from somewhere below us at night.”

Upon seeing this cave structure created with help of hammer and chisel, you probably would be amazed at a man with such a non-heroic physique who was combined with an unnatural force and the will to transform the impossible into reality.

We recall the words of American painter, writer, and adventurer Rockwell Kent: “If I were asked where on the Planet one can meet more miracles, I would have undoubtedly called Armenia first. Here, in this tiny corner of the world, you can see mountains and meet people that can become treasure and pride for the world…” 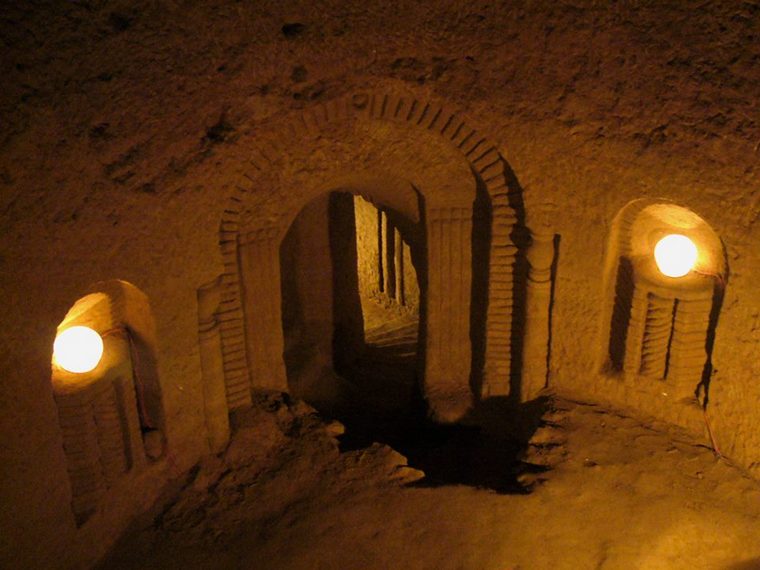 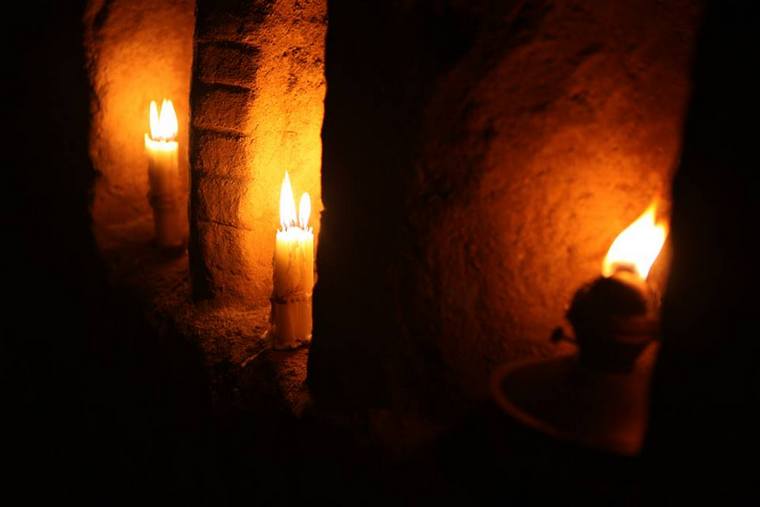 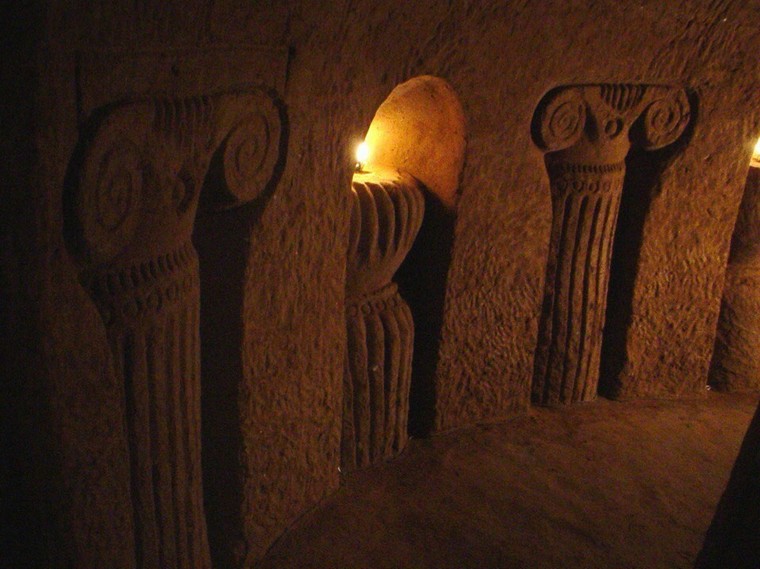 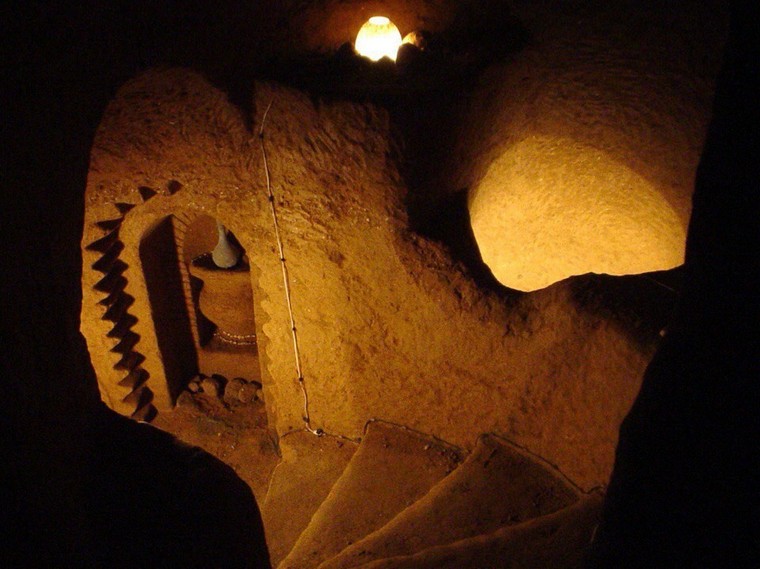 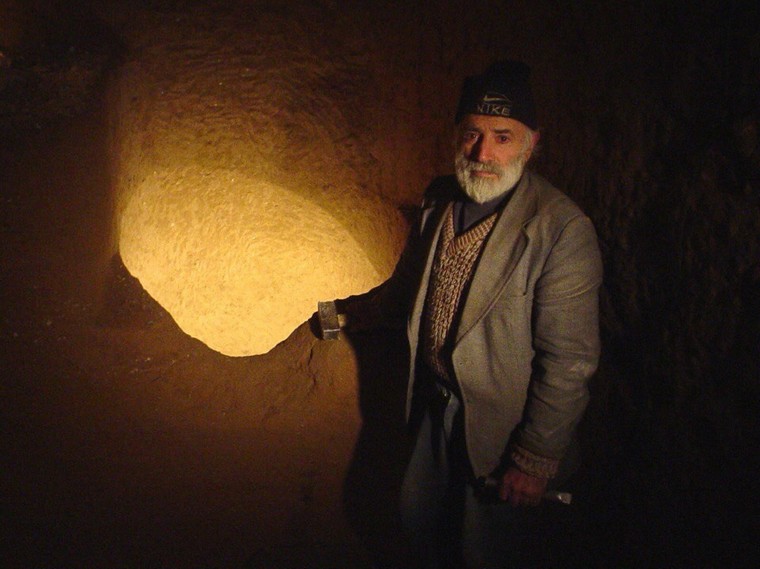 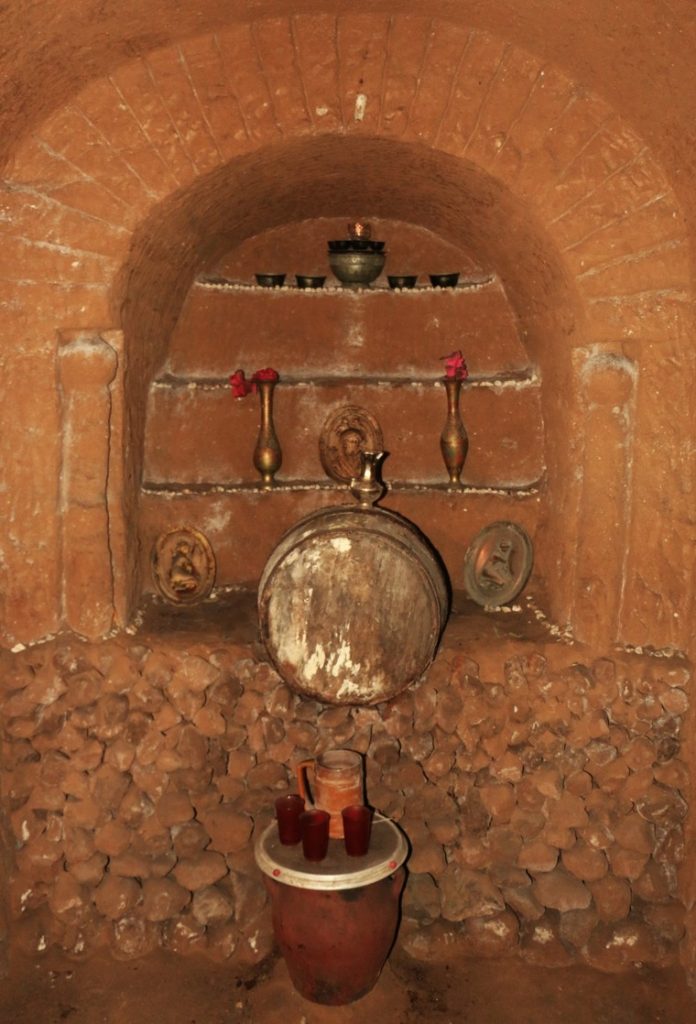 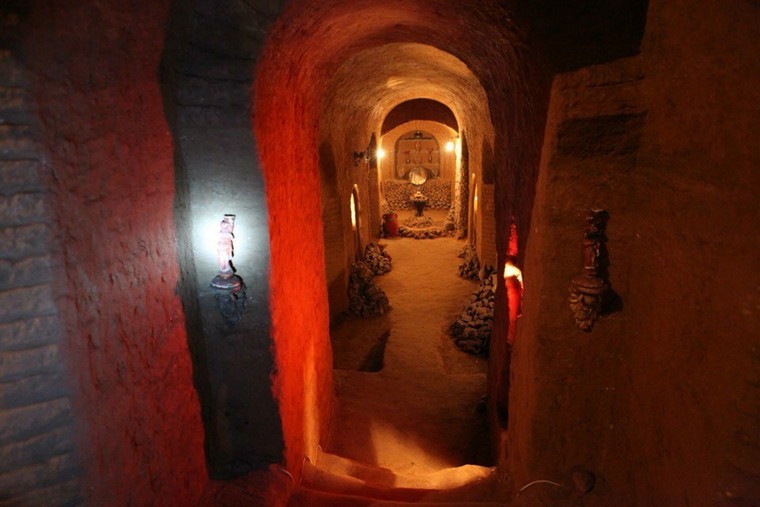