A Russian Expedition to Find Noah’s Ark in 2003 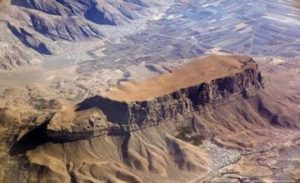 In early fall in 2003, a Russian expeditionary group climbed the site on Mount Ararat that could hold Noah’s Ark. The head of the expedition Andrei Polyakov shared his experience with the Russian newspaper “Komsomolskaya Pravda”.

Polyakov: The story of Noah’s Ark attracted me during my study at the Institute of Asian and African Countries in Moscow. I have been gathering information for many years, including photos from planes and satellites, as well as witness accounts. I compared all the data with the Old Testament, as well as with the literary sources of the Sumerians and Akkadians.

By the way, some scholars argue that the Great Flood occurred 13 thousand years ago, while others think that it took place 4,5 – 7 thousand years ago. This leads to confusion. But I am assured that Noah’s Ark existed. Consisting of 150 members, the first Russian expeditionary group climbed Ararat to find Noah’s Ark in 1916. However, the photo report disappeared in Saint Petersburg during the October Revolution.

Ten years ago, I addressed the Turkish embassy to receive a permission to climb Ararat. Since I am a TV journalist and since I shot lots of material about Turkey, I received permission to enter the restricted area after extended negotiations.

KP: Who else participated in the expedition?

Polyakov: The TV company “Unknown planet” organized the expedition but only had enough financial resources for a four-member group. The group consisted of two TV operators – Alexey Legezo and Ilya Tarasov – and two journalists – Andrei Maximenko and me.

Before the ascent, we visited several locations at the foothills of Ararat that are also connected to the legend of Noah. Ancient Armenians used unusual gravestones with carved-out images of crosses on their graves. Those gravestones in reality are anchor stones that in ancient times served as ballast for ships. Archaeologists discover a plurality of such stones in the Mediterranean Sea. However, here, those stones are almost twice as big. Logically, the vessel that used such stones was also bigger than ordinary ships.

KP: Have you seen the Ark yourself?

This huge petrified formation made from wood resembles a yacht with a deck that is as big as a football field. The anchor stones are lying at some distance from the ship. There are so many of those stones that one could argue that there have been dozens of ships.

Kurds living in this area claim that an earthquake occurred here in 1948. The witnesses told us that the earthquake literally squeezed out the Ark from the ground. They also told us that a bright light illuminated the surroundings of the ship.

The Ark protrudes from the ground for about 2 meters, while the rest of it is hidden under the surface. However, it is up to scientists to determine whether or not this formation is Noah’s Ark. I think that the Ark should look like a submarine. During the Great Flood, a ship shaped like a yacht would just flip over. By the way, Sumerian accounts contain descriptions of the Ark that were used in the 16th century to make a model resembling a submarine.

I think that to finally end the search for Noah’s Ark, we need to investigate two other sites pinpointed by scholars. We are planning to organize an international expedition here during the next year. Turks, Armenians, Americans, and Russians will climb Mount Ararat from four directions. This will allow us to investigate the mount in great detail, and we will manage to dispel all the doubts and myths concerning the Ark.

Mount Ararat has a tough character. According to one legend, angels told Saint James that the Ark will show itself to the people only when God himself allows it. However, there is a fairly scientific explanation to why all expeditions failed to find the Ark.

Being a volcanic mount, Ararat emits carbon dioxide on high altitude. Paired with the lack of oxygen, the carbon dioxide results in a severe altitude sickness. Three of the four members of Polyakov’s group experienced it. Maximenko was struck by it closer to the peak and was unable to recognize anyone for a short time. So, this could be the reason why none of the past expeditions were able to locate the Ark. 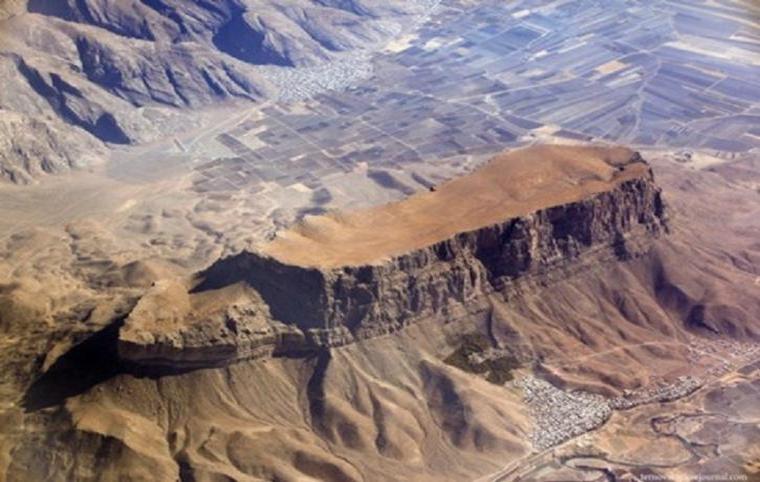