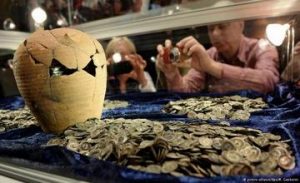 Nowadays heritage of past eras is often to be discovered during numerous archeological excavations. These discoveries include decorations, architecture, ancient technologies, jewelry and common items used in everyday life of our ancestors.

You might even happen to discover such things in unexpected places for you, which might be even your own yard. Though discovery of treasures might seem like some type of blessing, the best thing you can do in such cases is to inform authorities, as it has to be determined whose property that find is. And to not get yourself in trouble, of course.

This topic is dedicated to jewelry and treasures discovered on the territory of Germany. One of those cases doesn’t end well for discoverer, others include debates over the right of possession of found items. For a moment you may even envy people who happened to discover treasures, but it is not as easy as it seems. Those interesting occurrences might become more of a burden than fortunate event, remaining sapid for observers nevertheless.

Archeologists have dug out a treasure during construction works in the former palace quarter of Altlandsberg. The find weighted around 2 kilograms (4.41 lb) and consisted of a clay vessel carrying golden and silver pfennigs, mites and guldens dated between 14th and 15th centuries. Presumably, the treasure has been hidden in 1432 by owners during invasion of Hussites. 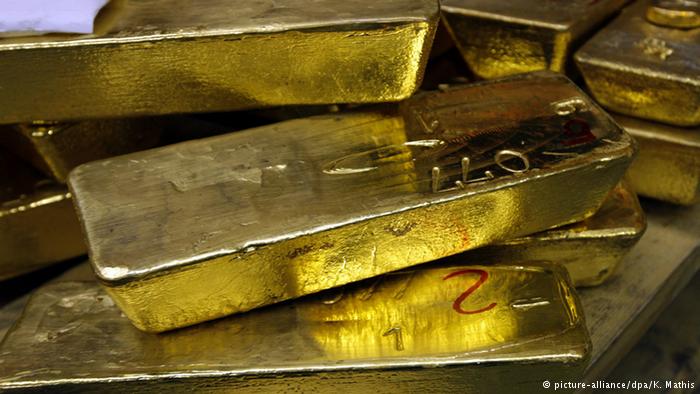 Ingots under a wall

In the end of 2015, during demolition works of a wall in private area in Bavarian town Passau sheet gold and golden ingots were discovered. Debates on who the gold belongs to have started since then and certainly will be long. The estimated value of the find was around one million euros. It is considered that the treasure isn’t complete and parts of it are still in the ground.

This treasure was confiscated by the Swiss police during an attempt of its illegal sale in 2001. This 30 cm diameter bronze disk with golden cutouts on it has been made approximately 3600 years ago and is considered the most ancient portrait of the starry sky. It has been discovered by an unemployed teacher close to the town of Nebra. Today the insurance price of the disk is set to 100 million euros.

In 1993, during construction works on an underground parking in Trier at least 18 kilograms of golden coins of The Roman Empire era were discovered. They were stored in a leather pouch within a metal bowler. It has been most likely a hide of one family which had stored treasures there for decades. 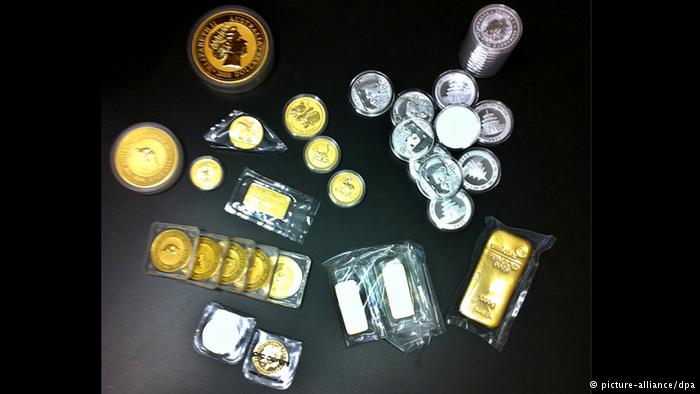 Jewels in the kitchen

This gems were discovered during repairs of the kitchen in a flat in Hanover in 2012. After the dismantling of the old oven the worker has discovered golden ingots, coins and silver flatware, later evaluated 100 thousand euros. 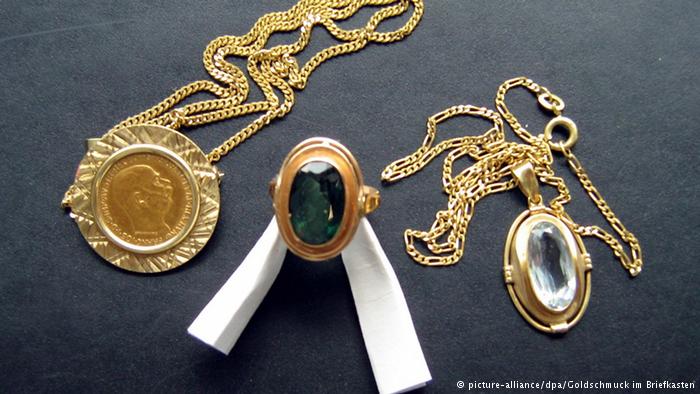 Gold in the mailbox

This ornaments were discovered by a 77 years old woman from Krefeld in 2010. Inside her mailbox she found golden rings, bracelets, earrings, pearl necklaces put into two unsigned envelopes. The old lady called the police at once. The jewels most probably have been stolen, but it is still unknown from who. 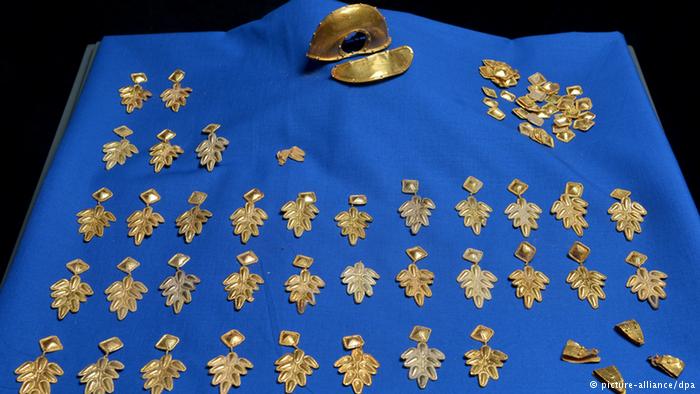 An amateur archeologist was sentenced for not informing authorities about his discovery of a 575 thousand euro find in February, 2014. The 23 years old digger published images of the treasure on the Internet, only to be seen by employees of the law enforcement agency. 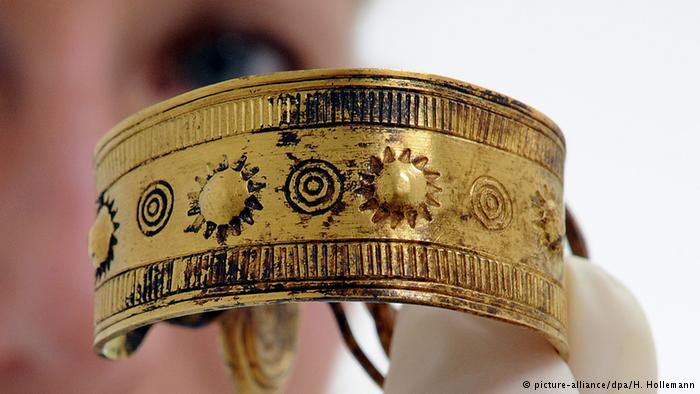 Treasure of bronze age has been discovered in Lower Saxony during construction of a gas pipeline. The jewels were wrapped into a cloth and buried about 3300 years ago. According to results of chemical analysis, the gold has been mined in Asia on the territory of either Afghanistan, Kazakhstan or Uzbekistan. The collection includes 117 pieces with total weight of 2 kilograms (4.41 lb). 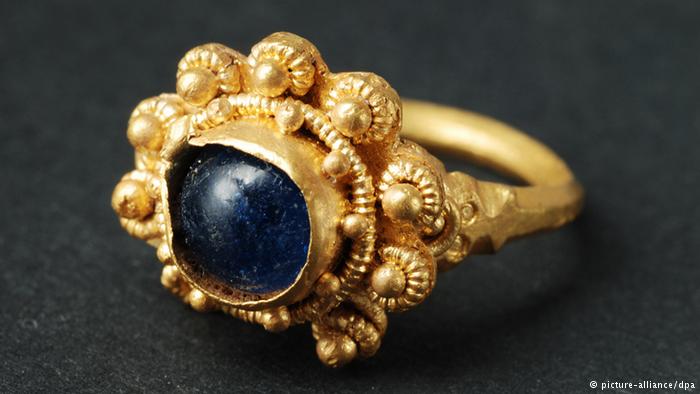 A 3000 years old golden ring with blue pearl and other jewelry were discovered during the construction of the Nord Stream in Diepholz in 2011. The archeologists were surprised by the place of origin of the gold, which was Asia, and the method of making. The jewelry has been made by fusing, a method believed to be developed only after 14th century.