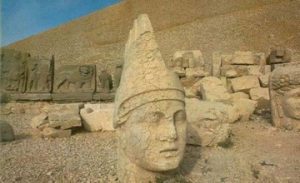 Chief Aramazd was very proud of his son Tir, in whose honor the rainbow was named the belt of Tir. Initially, the bowstring-rainbow was the symbol of Sagittarius, which later received anthropomorphic features of an archer.

According to a legend, a girl passing under the arch of Tir turned into a boy, and a boy turned into a girl. This interesting reference to the Aryan perception of elements symbolizes the transfer of one stream to another. Deity Tir himself embodies the air element, above which is masculinity and below is femininity.

The word “Trndez” is thought to have derived from “Tr” (“fire”) and “dez” (“to you”), or alternatively from the phrase “Ter ind dez” (“God is in you”). The phrase “Ter ind dez” was shouted by newlyweds who jumped over a ceremonial bonfire to as if consecrate their reproductive organs. Armenians believed that if the bride jumped over the bonfire, she would have a boy. And if she just went around the bonfire, she would have a girl.

This feast would be later renamed and then merged into the feast of the Presentation of Jesus at the Temple.

Winged Tir, whose name is sometimes translated as “quick”, was a learned deity. For this, Aramazd appointed Tir his personal scribe and messenger, as well as entrusted him with the patronage of science, arts, writing, and oratory.

Armenian King Artashes I (reigned ca. 190 – 160 BC) was particularly fond of Tir’s cult and thus built a new shrine to him on the same site where the Zvartnots Cathedral, the pearl of the Armenian architectonics, would be erected in the 7th century AD.

At night, deity-soothsayer Tir appeared before people and cast prophetic dreams. That’s why his main shrine was called Yerazamuyn, meaning “immersion in dreams.” These dreams were interpreted by priests who have been engaged in teaching noble teenagers in a variety of fields, especially astronomy and cosmography. And on the annual feasts in honor of Tir, Yerazamuyn gathered the poets of the country who would demonstrate their skillfulness: holding a chalice for fire, the chief priest would come out of the temple and name a poetic topic.

This chalice is related to the Armenian word “hraman”, which used to indicate that chalice. The word “hraman” was derived from “hur” (“fire”) and “aman” (“vessel”). The chief priest himself was titled “hramanatar”, i.e. the one carrying the fire chalice (“tar” meaning carrier).

Because the order of the hramanatar was to be unconditionally obeyed, the word “hramanatar” soon began to be used to denote military commanders in the Armenian language. The word “hraman” itself now means “order.”

Solemnly announcing the poetic topic, the chief priest would provide the poets with 1 day of time for them to meditate and then present their pieces ti the connoisseurs of poetry. The best works were awarded, the heads of the winners were ornamented with willow wreaths, and the best poets were given the title of wreath-wearers. That’s why for Armenians, the willow has initially been a tree of dreams and poetry. It began to be associated with feminine sorrow much later.

Tir was identified with the spirit Grogh, whose name is translated from Armenian as “scribe” or “writer”. The word “tiratsu” (“clerk”) was also derived from Tir’s name. Grogh justified his name completely: as soon as a baby was born, Grogh would enlist him in his book of life. On the baby’s forehead, Grogh would imprint his fate (“chakatagir” in Armenian).

Grogh would then sharp-sightedly watch them, noting all their sins and noble deeds in order to present them at the last judgment. If the agony of a person lasted too long and if the spirit wasn’t able to part with the body, the relatives of the dying would remove his pillow and open all the windows and doors wide for Grogh to bosom the spirit and leave.

Armenians have phrases “Grogh qez tani” (literally “scribe take you”, an equivalent of “damn you”) or “gna Groghi tsots” (literally “go to scribe’s bosom”, also means “damn you”). And now, many centuries later, the word “grogh” is used to denote writers. 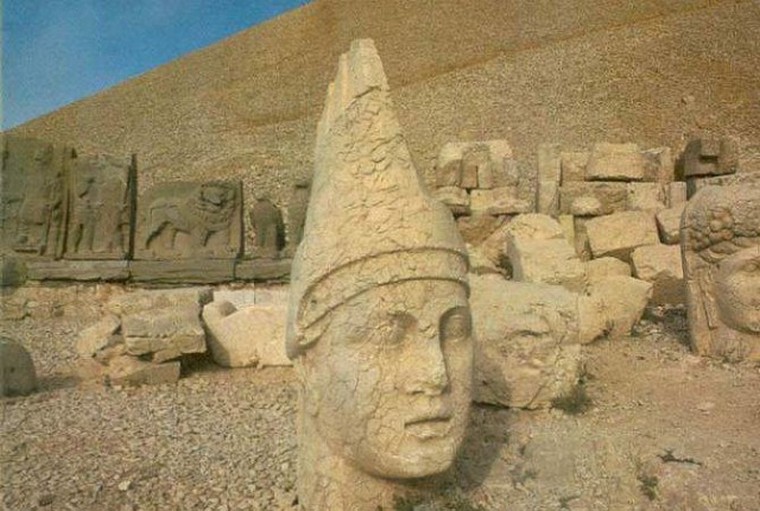